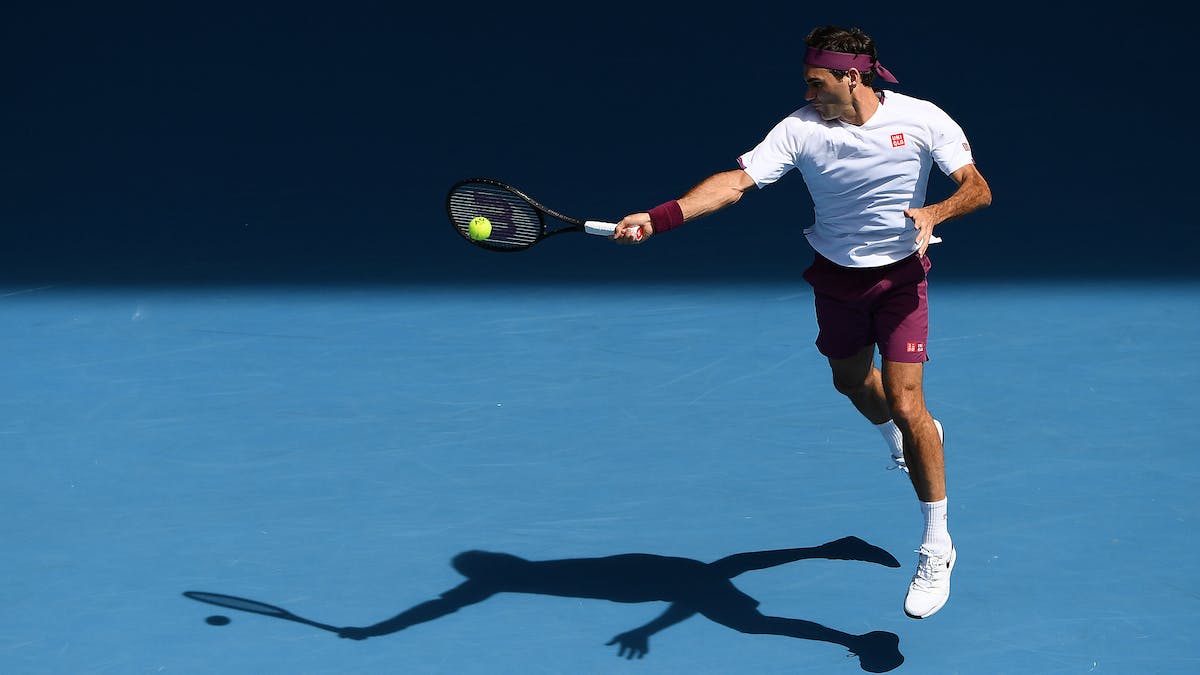 A groundstroke is a forehand or backhand stroke that is hit after the ball has bounced once on the court. It is one of the core fundamental shots in tennis and is normally played from the back of the court during a baseline rally.

It is important to take advantage of angles to get your opponent moving and open up empty spaces on the court. Diagonal shots are very useful in many contexts from the back of the court to push the opponent sideways. Keeping your baseline and trying not to lose your position and fall backwards and then allow your opponent to enter the inside of the court.

However, groundstrokes can be played from anywhere on the court so long as the tennis ball has bounced. So an approach shot hit from the middle of the court or even closer to the net is still considered a groundstroke. If the ball is hit in the air before bouncing it’s a volley or smash.

Generally, the forehand is the biggest weapon a player has during a rally from the baseline as it’s usually capable of generating the most power. The backhand groundstroke tends to be less powerful but is often the more consistent shot. Like all strokes in tennis the forehand and backhand groundstrokes can be hit with a variety of different spins. These include, topspin, backspin or slice, flat and sidespin. What spin is used depends on the strategic situation but most commonly groundstrokes are hit with topspin.

It refers to a shot performed from the baseline with the racket held in your dominant hand. For a right-handed player the forehand swing starts on the right side of your body, continues forward and across your body as you contact the ball (at this point the palm of your hand is turned away from your body), and finishes on the left side of your body.

The topspin groundstrokes makes your opponent return the ball at a higher contact point than they typically feel comfortable with. The high ball tactic can be extremely effective against shorter players or people with one-handed backhands, but also good to give the shot a kick in general to push your opponent further back in the court. For these types of players, it’s harder to generate power of the shot without exerting a lot of energy - which becomes tiring over the course of a match.

The tactic of giving the ball more spin forces your opponent to stay deeper back in the court and can help open up opportunities to enter the court and play more aggressive.

It also keeps the point going longer. Often, it can force your opponent to go for a winner further back in the court, which is a low percentage shot. However, it requires you to take the pace off the ball to increase accuracy so if you leave it short you could find yourself giving your opponent easier winners.