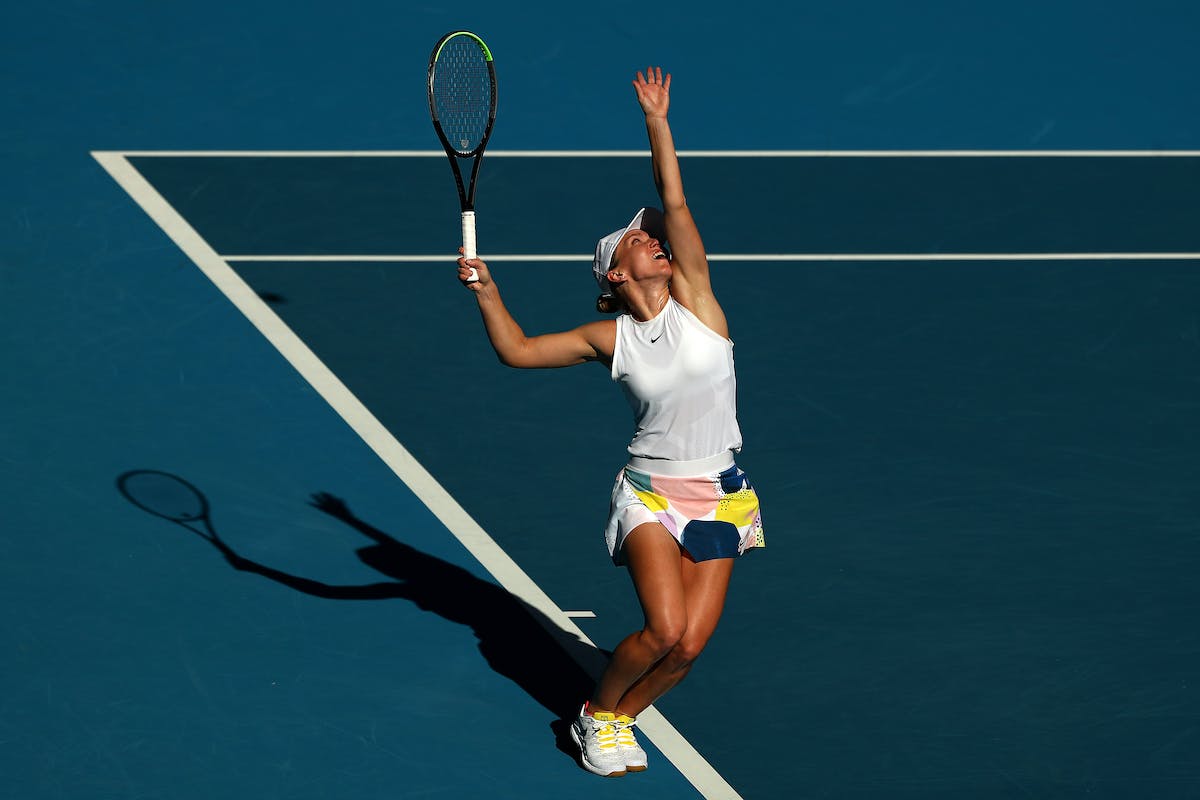 Tips for the tennis serve

The serve is a vital type of shot in tennis and starts the game. Many people also find the serve difficult. The serve in tennis is divided into three main types, flat, slice and kick serve. We will also go through the Underarm serve.

Generally, the taller you are, the easier it will be to execute a hard flat serve because you have more clearance over the net and, therefore, a higher margin for error. It is therefore most common for tall players to hit the flat serve.

Since you’re looking to hit the ball flat or without any spin, you’ll want to try to strike the ball directly from behind without brushing up on the ball or hitting the side of the ball.

A well-placed flat serve is perfect for winning a point outright with an ace, or at the very minimum, forcing your opponent to block the ball back for an easy setup of the point. The flat serve have minimal spin. As a result, when the ball hits the court, it stays low, which forces a player to have to bend and get low or return out of their strike zone.

One of the most effective uses of the slice serve is to pull your opponent out wide in the deuce court if you’re a right-handed and ad court if you’re left-handed. By doing so, you’re opening up the court and providing yourself with a broad range of shot-making opportunities.

Another frequent use of the slice serve is to hit the center of the serve box so that the ball moves into your opponent’s body after it bounces. A body serve will make it hard for the opponent to move away from the ball before hitting it.

A well-executed slice serve forces your opponent to use their legs and bend down or hit out of their strike zone because the ball stays low due to its sidespin.

Of all the serves, the kick serve is arguably the most valuable and highly sought after for players to learn. However, it’s often one of the most challenging serves to develop.

With time and practice, the kick serve can develop into an incredibly consistent and reliable serve for players of all levels. This comes from the fact that the kick serve is hit high above the net with significant topspin, which causes the ball to drop back into the serve box. As a result, the kick serve can naturally decrease a player’s margin of error, making it a popular choice as a second serve.

The kick serve springs off the ground and bounces high. This is due to the heavy topspin applied to the ball during the serve motion, which allows you to hit the ball high above the net and make it quickly dive back down into the serve box and then kicking up after the bounce. Often, players can get the ball to jump well out of their opponent’s strike zone, which makes it a great serve that can be challenging to return.