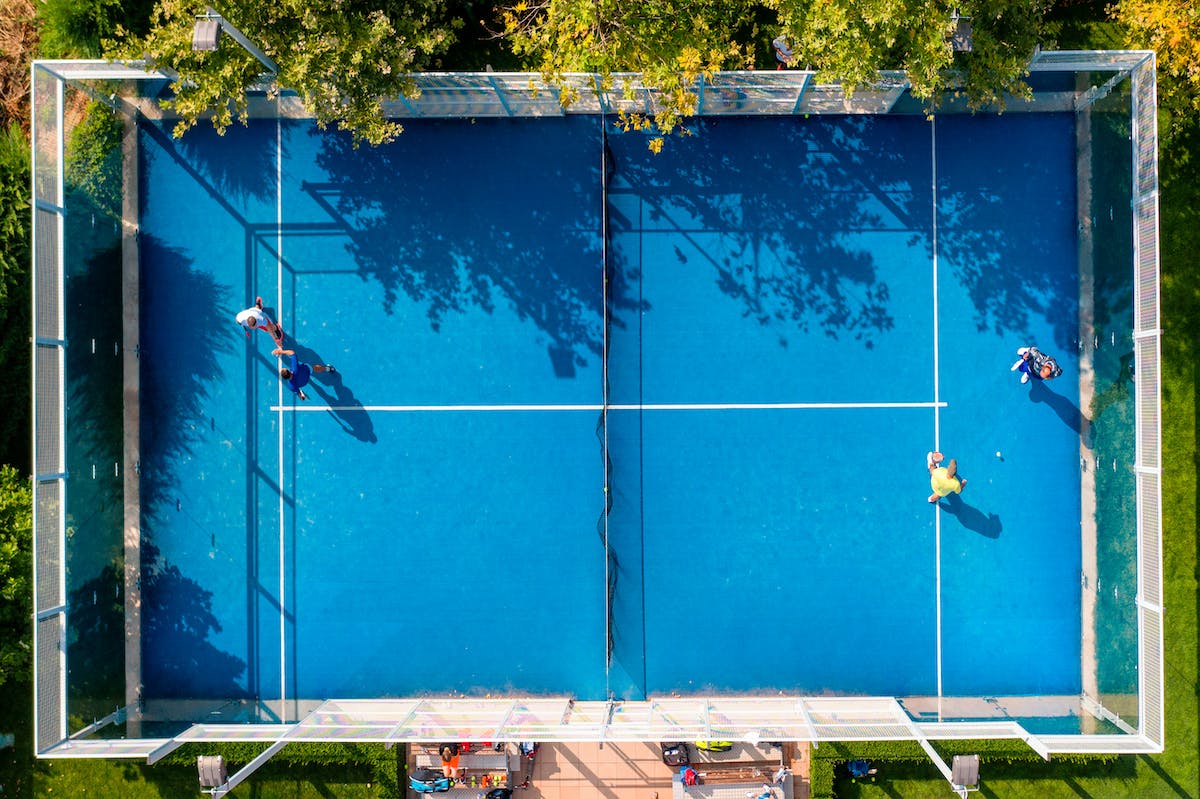 Where to stand on the court - position

Placing yourself correctly on your part of the court is so extremely important because it´s the most vital thing to give you as much time as possible. Both offensively and defensively. And that's very much what padel is about: giving yourself time and stealing time from your opponents. Because with time, your precision increases and the best precision wins.

To cover as much of the court as possible with your partner, the distance between players should not be too far. You follow each other as if there was a rubber band between you. This applies vertically as well as horizontally.

So: when you return serve, you are in line behind the service line. If you then want to attack the net, you do so together - as if the rubber band were between you. It's all about practice and communication to make it work.

If one player is lobbed, the other player follows down to the glass and vice versa when you lob.

This is a dangerous zone in the middle of your side. On the one hand, you make it easy for opponents to hit your feet with volleys. On the other hand, you open up angles and make it easy for opponents to play around you via the wall. Sure, you can see world-class players in this position, but that's because they've been practicing it for a lot of years. It's extremely difficult to master.

The longer you play, the more confident you'll become about dropping deep balls into the glass. In time, this will be a necessity. If you are not, you usually have only one choice in your defense. What you should avoid is standing too close to the back wall. Then you risk getting the timing wrong and getting balls on your own feet.

Another mistake is standing too close to the net in an attacking position. This allows the opponent to lob you too easily and thus take over the net. Start from a position where you can move quickly backwards to beat back a lob and only go as far as the edge of the net when you are knocking the ball out of play.