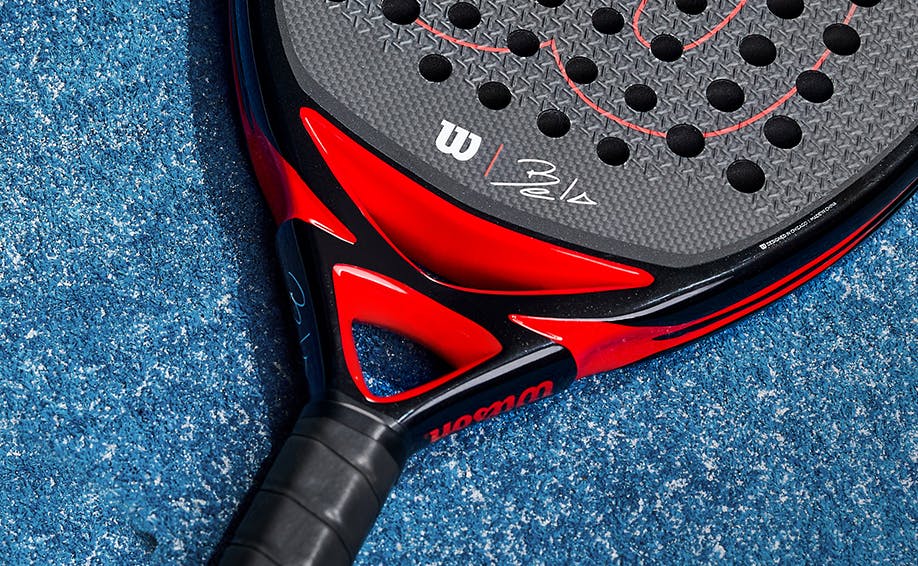 The main differences in padel rackets are the weight and shape, which is good to consider when choosing a padel racket.

The shape of the hitting surface of a padel racket also has a significant impact on the feel of the racket. Padel rackets are usually divided into three different forms; round, drop-shaped or diamond-shaped.

In a round-shaped padel racket, the sweet spot (the part of the hitting surface that provides a clean ball strike on the racket) is near the handle at the bottom of the racket. This makes the racket easier to maneuver and gives you more control generally. Round rackets tend to be appreciated by players who are slightly more defensive in their playing style and fits well for beginners.

A drop-shaped racket is a cross between the round and the diamond-shaped. The sweet spot is slightly higher up in a drop-shaped padel racket than in the round racket but not as high as in the diamond-shaped racket. Drop-shaped rackets are often appreciated by people who like to vary their game between the defensive and the aggressive offensive play, and fits well for the players on a medium level. You get a racket that provides control in the shots but at the same time generates good power in the killing strokes.

In a diamond-shaped padel racket, the sweet spot is placed high, near the top of the racket. This makes the racket slightly more challenging to play but generates additional power in the shots, especially in the kick-smash. Diamond-shaped rackets are often appreciated by players who play aggressively and fit players on a high level with great control.

Men's padel rackets usually weigh between 350-385 grams, while women's rackets generally weigh between 330-360 grams. A heavier racket will generate more power in your strokes but it will also be more challenging to maneuver. A lighter racket is easier to handle and therefore creates better control.

Some models of padel rackets have a roughened/striped hitting surface. The roughened surface makes the ball strike slightly longer and creates slightly more spin on the ball. However, this is a matter of taste.